In this series, we will be taking a look at the five “most important” professional athletes to ever play for a city, area, state, etc. The importance of a player is almost impossible to quantify. How does one measure how much a player meant to a city and how much a player did for a certain area’s franchise? It’s no easy task, but that won’t stop us from trying. In order to qualify for this list a player had to be in a professional league and receive legal pay for playing in said league (sorry college athletes, Olympic athletes, and coaches).

We will be taking into account the professional career of the player when they played for the city, not necessarily a franchise (i.e. if a franchise moved locations). Keep in mind that this is not a list of the best or the greatest pro athletes to play for a city, but that doesn’t mean that you won’t see any of the “Greatest of all time’s” on these lists.

We will start this series in the city of angels. Los Angeles.

Before I begin, I just want to recognize the players that didn’t make the top 5: Basketball’s most dominant big man of all time, one of the best and biggest basketball stars of the past decade, the NBA’s all time leading scorer, a player that led the NHL in points for multiple years during his career, arguably the most popular name in American soccer, and arguably the best MLB pitcher of all time. Talk about a pedigree.

If you were to tell me that there are 3 better basketball players than Jerry West in the honorable mentions, I wouldn’t totally disagree with you. He doesn’t have the career achievements that Kareem has and doesn’t have as many titles as Kobe or Shaq. In fact, this list could have ended up with 5 Lakers on it and I wouldn’t lose any sleep over it, because LA is without a doubt a basketball city. Anyways, back to Jerry.

The most popular nickname that he’s referred to today is The Logo because his likeness is used in the league’s logo. Well Duh. But before that he was known as, Mr. Clutch, Zeke From Cabin Creek, and Mr. Outside. Jerry was great before he was the Logo, and between him and Elgin Baylor, was the first Los Angeles Laker star.

He was the first draft pick that the Lakers took when the franchise relocated to Los Angeles from Minnesota. During his 14 year career in LA, West made it to the finals more times than not. The knock against West is that he was only able to win one championship during his career, despite going to nine NBA finals. However, he went to nine NBA finals. Yes, the level of competition in the NBA today is much deeper than what it was during West’s time, but you have to consider how great West was during this era.

His impact as a star in Los Angeles cannot be understated, especially considering how important those first few years in LA were for the franchise. West helped to set the precedent of excellence for the Lakers franchise and helped pave the foundation for LA to become a basketball city. Also…he became the NBA’s logo.

Even if Gretzky wasn’t the best hockey player of all time he would still be on this list. You cannot underestimate how much the The Great One did to popularize the sport in LA and a part of the country that hadn’t yet caught on to the greatness of hockey.

When the Kings traded for Gretzky in 1988, he had an impact on the team and the culture almost immediately. While he was only in LA for 8 years of his career, the effect that he had on LA can still be felt and seen today. In his first season, the Kings had the best start in franchise history. That same year the team saw a large increase in fan attendance and interest, evident by the number of sellouts that season. One could also argue that California got two more NHL franchises (San Jose Sharks and Anaheim Ducks) because of the sport’s popularity in the area during Gretzky’s tenure there.

In 1990 the Kings won their first, and only, division title which got fans to buy in even more in to the franchise. Then in 1993 Gretzy led the Kings to their very first Stanley cup finals appearance, making the team at the very least relevant to the people of LA. It is one thing for a city to just have a franchise, and it’s another thing for a city to care and be passionate about that franchise.

Not just a Dodger great, but a cultural icon. Fernando was one of the biggest names in baseball during the early part of the 1980’s. He became a media darling almost immediately after his debut on opening day in 1981. “Fernandomania” was the name of all the craze and popularity that surrounded him during this time. He was a huge reason that people went to see baseball in LA for a long time. Twelve of his home game appearances were sold out events. Even when he was on the road, non LA fans would flock to see Fernando play.

What may be the most important part Fernandomania had on Los Angeles was the impact it had on the city’s Latino community. He connected with people that had never taken an interest in Dodger baseball and turned them into die hard fans.  It can be argued that no player or team in league history created more new fans than Valenzuela and 1980’s Dodgers.

Of course he was fun to watch too. He was the first rookie to ever lead the NL in strikeouts and became the first player to win the Rookie of the Year Award and the Cy Young in the same season. He also contributed to the Dodgers World Series win  against the Yankees in 1981, the franchise’s first since 1966. The Dodgers would win another title with him on the team in 1988, but he was unable to participate in the postseason due to injury. Regardless of how good Fernando was during his 11 seasons in LA, he is on this list because he is arguably the most beloved player in Dodger history.

When the MVP trophy of the league  is named after you, then you must have been pretty important. Okay, in this case the franchise’s best player also turned out to be the most important, but this isn’t a cop out considering that Landon Donovan is widely regarded as the greatest American soccer player of all time. Now, while I think David Beckham did more to spread the popularity of Soccer and the MLS in the United States, I believe Donovan was more important to LA and the Galaxy. That might not make any sense when said out loud, but let me explain myself.

Beckham might have grabbed LA’s attention, but Donovan got the city to care about soccer and their MLS team. The Galaxy made Donovan the league’s highest paid American player when they signed him before the 2005 season. Right away Donovan had to live up to a historic contract and lofty expectations. His first season ended with the Galaxy holding up the franchise’s second MLS cup. Donovan won two more in 2011 and 2012 with Beckham. While the latter had the looks (and probably still does if you ask any woman over the age 19), but he was never the player that Donovan was. Donovan then led the Galaxy to their 5th cup in 2014, breaking the tie with DC United for most MLS cups by a single franchise. During his time with the Galaxy they also won the Open Cup in 2005, and two Supporter’s Shields in 2010 and 2011.

I haven’t even mentioned the individual accolades that he earned during the 10 full seasons that he played with the Galaxy:

Bottom line: if Donovan never plays for LA, the Galaxy don’t become the most successful franchise in the history of American soccer. 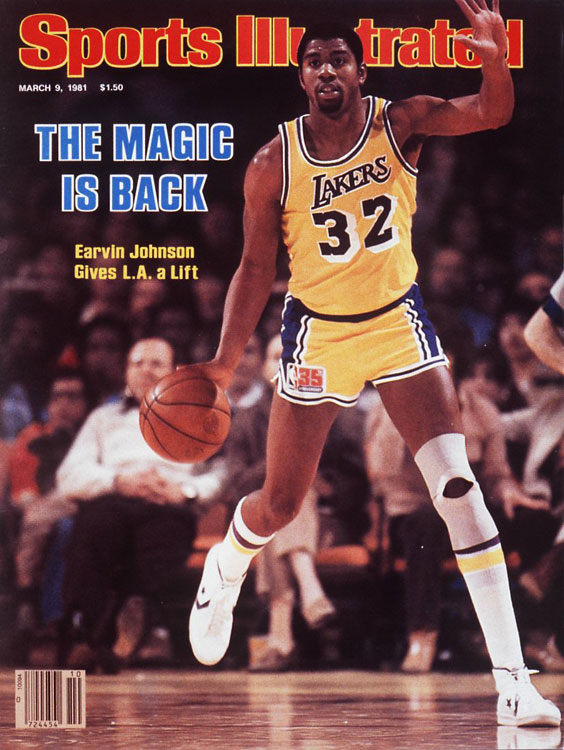 Do the words “Showtime Lakers” ring a bell? Where Jerry West set the standard for winning and success that the organization is known for, Magic established the identity of the franchise. The larger than life, bright lights, and Hollywood-celebrity like following that the team has to this day, can be attributed back to the Showtime era from 1981 to 1991. And who was the face of the Lakers during that time of booming popularity? Magic Johnson. The high up-tempo offense ran through him, and he single-handedly made passing cool.

Of course Magic had a ton of success on the court as well. The man went to 9 NBA finals during his 12 year stretch with the Lakers and won 5 of them. He would return and play 32 games in his 13th season with the Lakers after his 4 year hiatus due to being diagnosed with HIV. He was the MVP of the league 3 times, a 12 time All-Star, and made the All-NBA first team 9 times. The best reflection of Magic’s game is the fact that he is 5th all time in assists, despite only playing 13 seasons. He is considered by many to be the greatest point guard of all time, and is quoted as being one of the most influential players in regards to the way the game is played today.

Even after his career ended, Magic has still been very involved with the city of Los Angeles. While we said we were only focusing on the time the athlete spent playing, one can’t understate the impact Magic has had on LA through his off the field actions. He became an owner of the Los Angeles Dodgers back in 2012 and has just recently been named the general manager of the Lakers. He helped define the LA sports scene during his playing career and continues to have an impact on the city to this day. Magic’s not just one of the best Los Angeles Lakers of all time, he is the Los Angeles Laker.